Is 3D food printing really just automating piping bags? Sometimes that analogy works. But most of the time, it doesn’t.

When people see 3D food printing, printing layer by layer, some people will say: “That’s just automating a piping bag.” In some cases, that is true, and it serves as a good basic analogy.

You may even Google, "define food piping" and see this definition: "To squeeze a pastry bag in order to force frosting or other paste-like mixtures through the tip of the bag for the purpose of decorating or creating special shapes." Yes, that applies to 3D food printing as well.

But when we think about piping bags (picture 1), people mainly tend to think icing & frosting, and decorating cakes & cookies.

When you look at these cookies with a (printed!) heart decoration made with pink and white icing (picture 2), you can say that someone could pipe that manually if they are skilled enough. True, but it definitely requires skill, especially when you are decorating multiple cookies which also takes time. With Foodini - our 3D food printer - this process can be automated. You wouldn’t even need to manually change the icing colors, as Foodini does that automatically as well.

Decorating food with a 3D food printer is not something we are only doing in our offices in a closed environment. This is actually being done out in the real world.

The advantage to having a 3D food printer here to do the customized messages is that the store doesn’t need to have staff members specialized in piping. Piping is not as easy as it looks, it is a skill: you have to have good handwriting, good technique. But here, anyone who works in the chocolate bar can be trained up very quickly as to how to do customized decorations with Foodini.

With the above examples, does the piping bag analogy work? In this case, yes.

But the reason we don’t like to use the piping bag analogy in all cases is because people don’t think about piping bags when thinking about so many other types of food. Like round “O” cereal or rectangular breakfast bars, or foods outside of decoration for bakery items.

For example, you wouldn’t think about using a piping bag to make nachos / tortilla chips - these were 3D printed (picture 4). Or more 2D printed, as they are very flat! But having to be so flat and even in height for even cooking is actually a very good reason to use a 3D food printer. It’s very difficult for a lot of people – including myself – to work with doughs to make these types of flat food or flat crackers. But it's easy to make them using a 3D food printer.

3D food printing is more like a personalized food manufacturing facility that you control. As a matter of fact, if you eat anything from a food manufacturer – like packaged food in a supermarket – you’re practically already eating 3D printed food, they just don’t call it that. But do you think about food piping when you think about the bag of tortilla chips you bought? Most likely not. Hence, the food piping analogy doesn't work here. 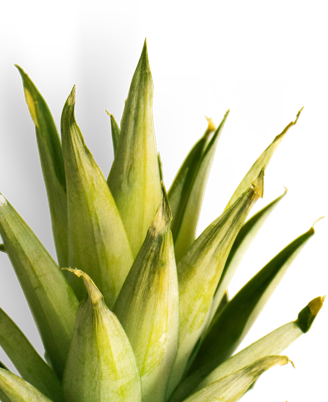